Pastor Rickey D. Rambo is the Son of Rev. Julius Rambo Sr. (founding Pastor of the Sunlight Missionary Baptist Church) and Sis Mary Louise Rambo. Rev. Rickey D. Rambo was called to preach the Gospel on April 23, 2000. His divine anointing was immediately recognized as souls were saved that very day. In 2007, after faithfully serving at the Sunlight Missionary Baptist church under his father’s leadership in various capacities such as Associate Pastor, Musician, Sunday School Teacher, and Mission Advisor, Rev. Rambo was called to pastor the First Regular Missionary Baptist Church in Lawrence KS. There his divine anointing led him to continue in Kingdom Building as he led the church for five years until 2012.

After journeying across state for five years, God in September 2012, miraculously led Pastor Rambo back to his home town church Sunlight, to prepare for pastorship following the retirement of 50 years of pastoring by the church’s founder Rev. Julius Rambo. Heeding the call of God by faith and obedience in this most enormous task, Rev. Rambo was installed as the 2nd Pastor of Sunlight Missionary Baptist on Sept. 1, 2013. Through the power of God and the divine anointing upon him, Rev. Rambo has excelled in a very short period of time to continue in Kingdom Building. Sunlight has experienced spiritual as well as numerical growth since his arrival. The church has went from a membership following of about 250 to over 600 in a short period of time making Sunlight one of the fastest growing ministries in the Kansas City area. Weekly bible study on Wednesday evenings has grown from an average attendance of approximately 15 to well over 100. New ministries have been added for the edification of the church and are currently still being added to the glory of God. Additionally, he holds a B.S. in Criminal Justice from the University of Central Missouri, and a Master’s degree in Theology and Christian Education from the Midwestern Baptist Theological Seminary.

He has taught numerous seminars and classes in both of the two largest National Baptist Conventions, has been a consultant for the State of Kansas on faith and mental health issues and has received several community awards and certificates throughout his ministry. He is married to the love of his life Keshawn D. Rambo and they have two blessed and favored children, Devin and Chelsea. 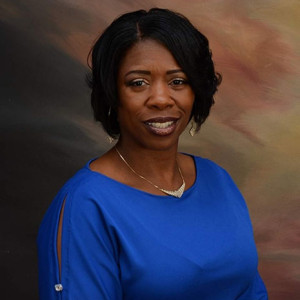 Is an anointed woman of God who has a passion and dedication to kingdom building through speaking life from the Spirit of God into young women and children on the awesome transforming power of the Word. She has helped organize many life building ministries that has blessed young people and continues to support her husband in any way God leads her as she follows the vision.